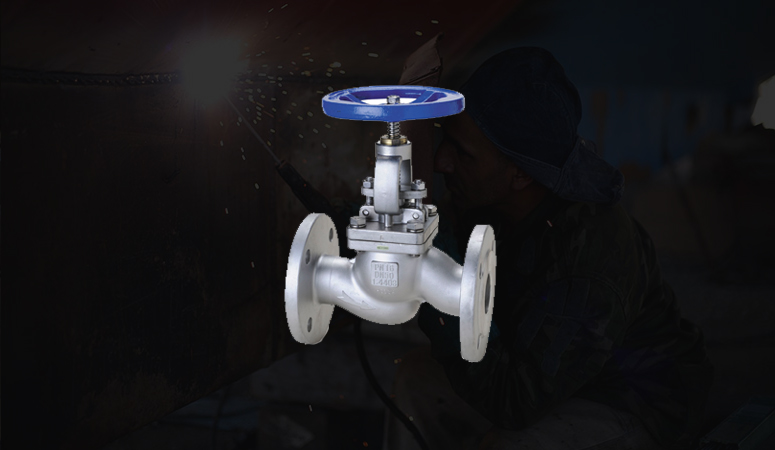 Globe valve is used for regulating flow in a pipeline. Globe valve are very much different from ball valves. Globe valves are named for their spherical body shape with the two halves of the body being separated by an internal baffle. Globe valve have an opening that forms a seat onto which a movable plug can be screwed into close (or shut) the valve. The plug which is used in Globe valve also known as disc.